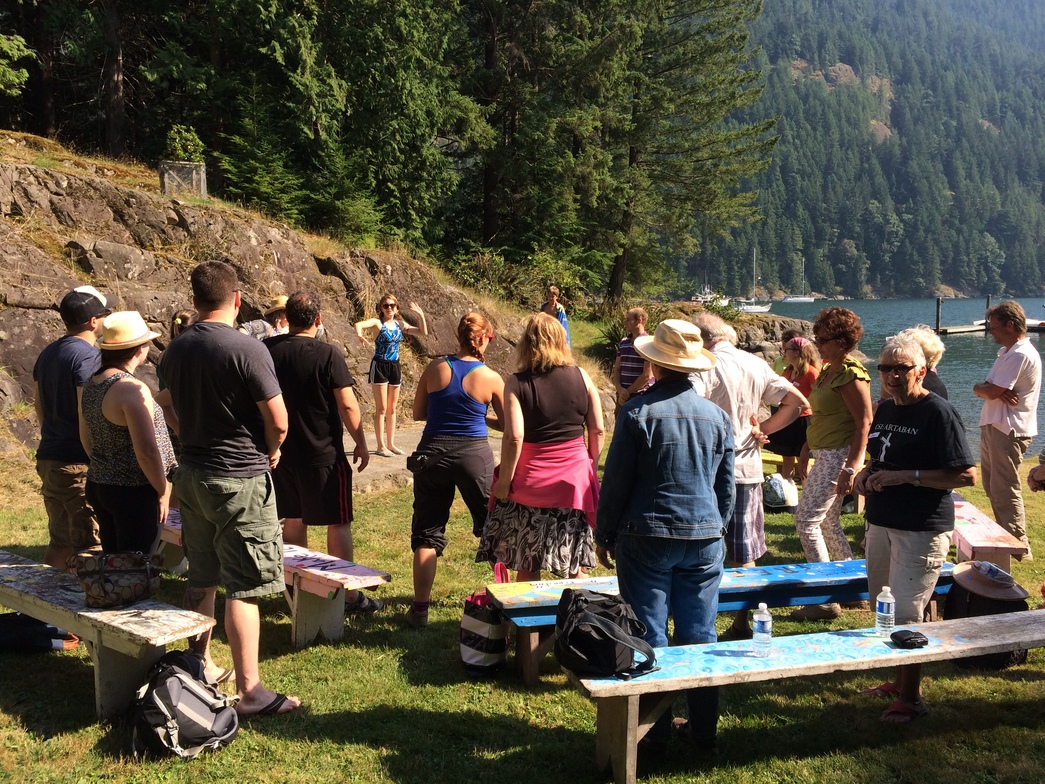 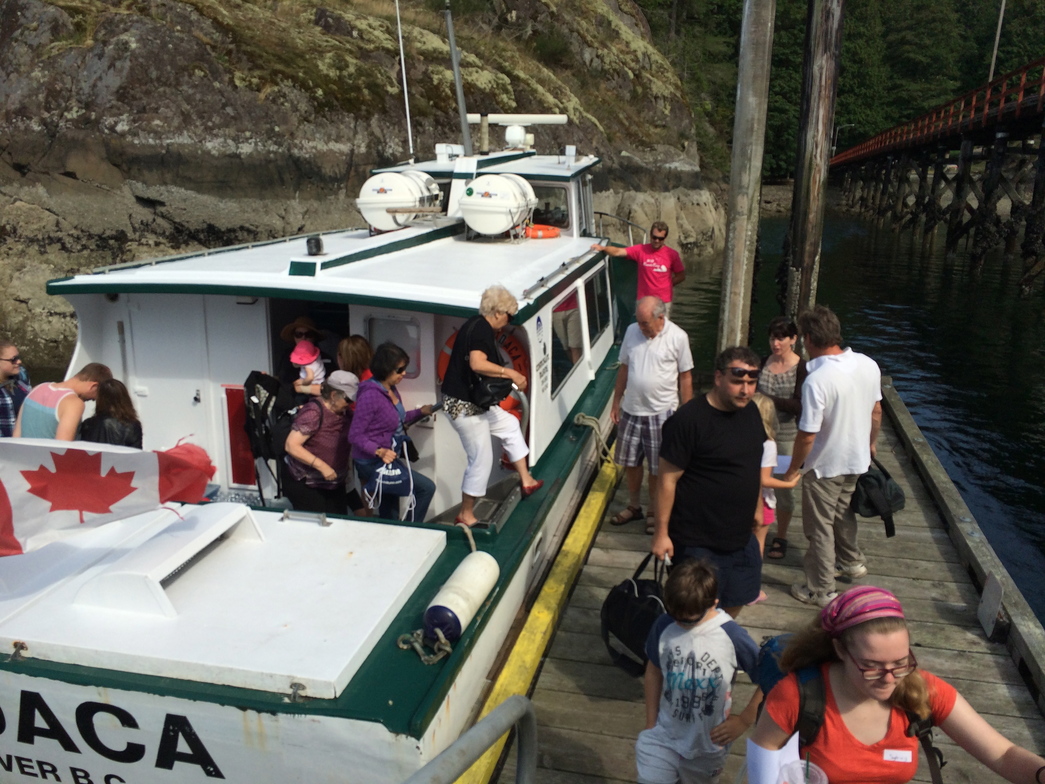 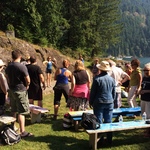 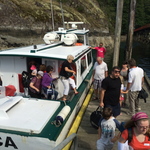 Members of St. Catherine's - Lynn Spence, Pat Henderson, Chris Trendell and Peggy Trendell-Jensen - were amongst a sell-out crowd of people who enjoyed visiting Camp Artaban on its August 23 Vistors' Day.

Included in the visitors were a babe-in-arms and a 92-year-old North Vancouver churchgoer whose fond memories of Family Camps had her up on her feet and keeping up with all the actions during the campfire songs. Some people hadn't visited Artaban since earlier decades, while others have been active at the camp throughout most of their lives. For some, it was their first-ever visit to the Gambier Island property that has held a special place in the lives of many over the years.

After boarding the boat at Horseshoe Bay and enjoying a balmy trip over the ocean waves to the end of Long Bay, the day at camp started with a chapel service led by the Rev. John Oakes, an enthusiastic Artabaner who estimated that over the years since he first started attending with his wife, he has probably spent four months in total taking his turn as camp chaplain. During his sermon, he recounted stories of particularly moving ministry opportunities that arose during his time at camp, and shared his belief that God's protection rests over Artaban throughout its sometimes-turbulent challenges.

A picnic lunch gave way to an afternoon of camp tours, free time spent beachcombing and trail walking, swapping Artaban stories, and seeking out old haunts. For many of the organizers, the simple fact of witnessing "campers" diving off the dock, enjoying the waterfront, and singing together in the chapel and the campfire bowl was almost overwhelming, coming after two summers of suspended operations.

Having recently reached a financial settlement with the Diocese of New Westminster, the board and other society members are feeling even more energized for the future. Somerville House, which sleeps up to 16 people and comes complete with kitchen and bathroom facilities, is having some renovations done and will soon be able to accommodate rental parties. The rest of the camp, too, was looking in splendid shape after this summer's volunteer work parties.

By the day's end, a number of the visitors were anxious to write a cheque or learn about other fundraising opportunities. The camp is committed to paying  $196,316 to the Diocese by November 30, 2014, at which point its debt will be considered discharged. Monies are currently being collected to that end, with news of an official campaign coming this fall.

For more information, please visit the camp's website, or leave a message at 604-980-0391. As the office is located in St. Catherine's Church, you might also see business manager Dave Reemeyer coming in or out, so feel free to flag him down and ask him for an update!