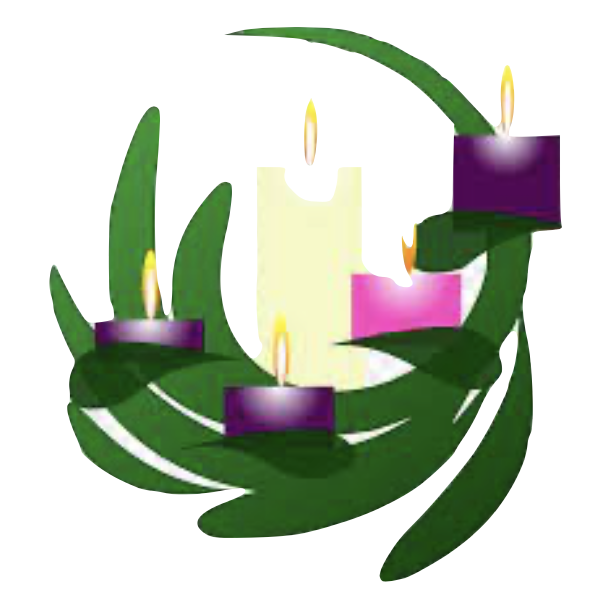 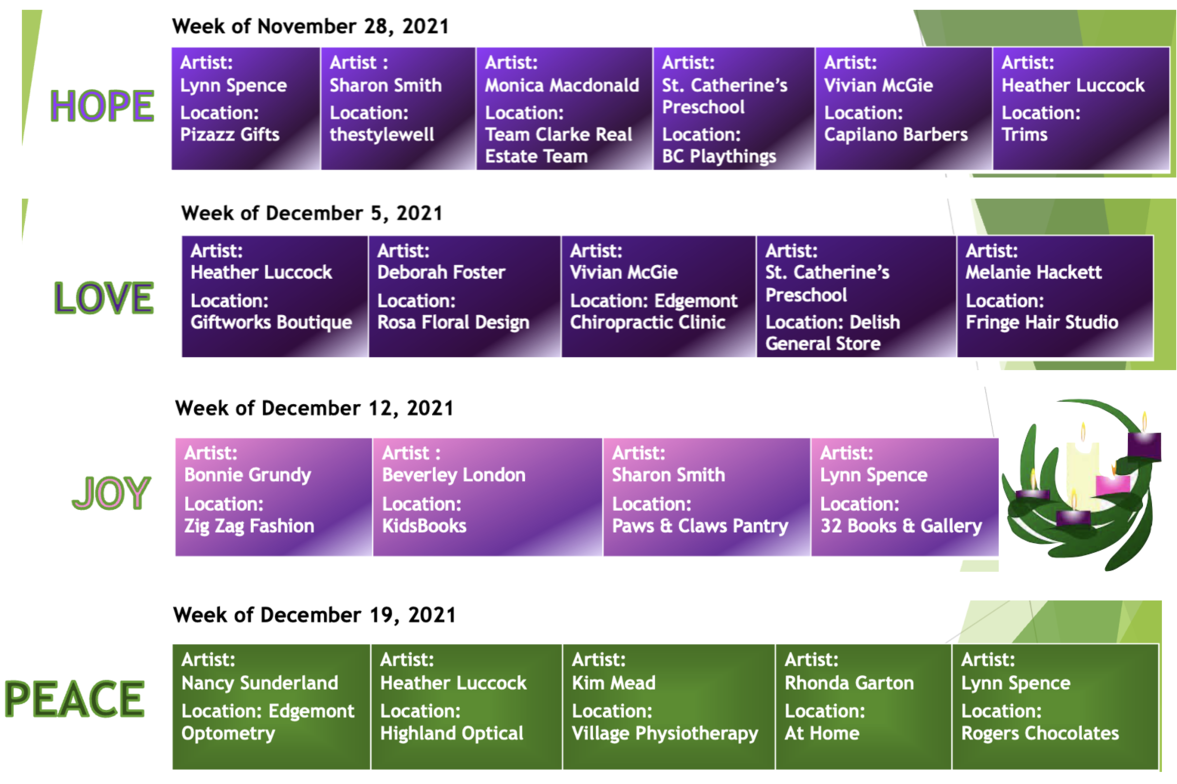 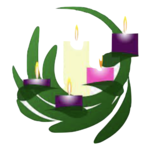 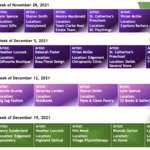 Save to your Calendar

Endorsed by the Edgemont Business Association, St Catherine's artists and photographers have depicted four values of Advent and are sharing it with the wider community in an unfolding art exhibit leading up to Christmas. Just like a bought Advent Calendar (a box that is opened on each day of December revealing a chocolate) this art is placed around the Edgemont Village Stores and Businesses in four stages.

Follow the “Four-Week Advent Calendar” in the File Download below around the stores in Edgemont to view the art.

Like all journeys there is a beginning. Advent is the beginning of a journey and the start of the Christian year. Advent means “Expectation”. The first Sunday of Advent is the first day of the Church’s year . Advent is a time when we commemorate the coming of light over darkness and is marked by progression of meditations on Hope, Love, Joy and Peace. It is a time of quiet waiting and expectation in preparation for Christmas.  In the Northern Hemisphere when it is winter with darker days the symbolism is all around us. The people of St. Catherine’s Church hope that in the midst of the Christmas rush the artworks of paintings and photographs will be an inspiration to all during this most beautiful of seasons.