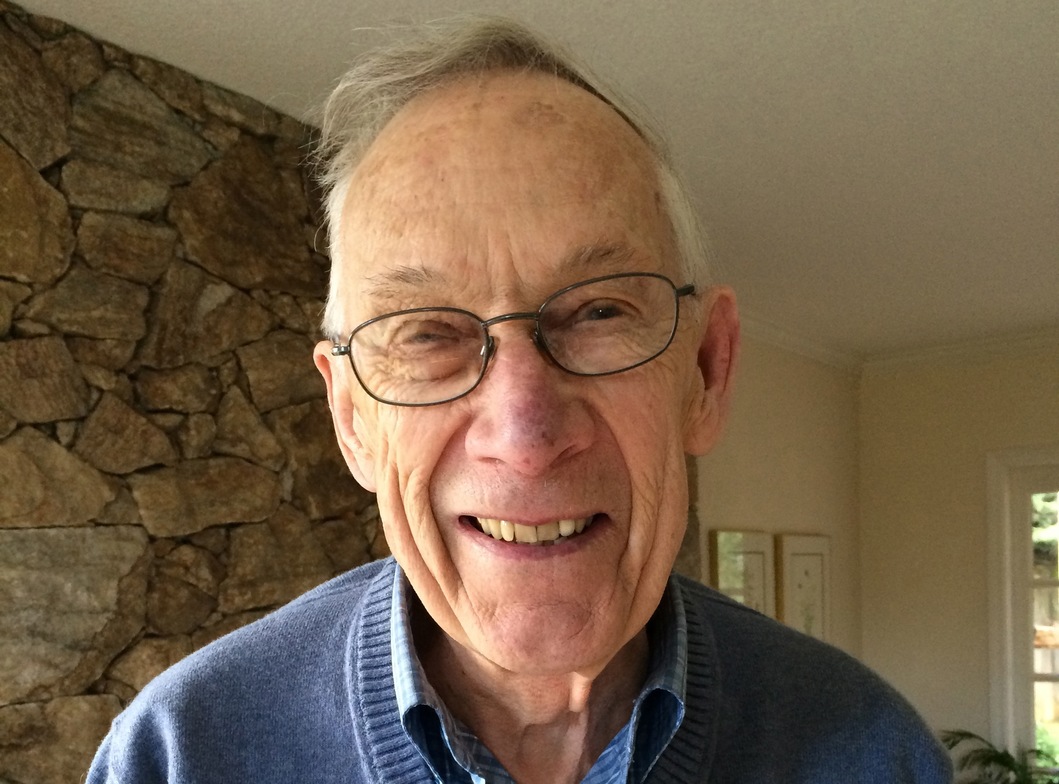 At the sixth annual event of its kind, St. Catherine's Frank Willis will be invested with the Order of the Diocese of New Westminster on Sunday, November 2.

The special service, presided over by Bishop Skelton, is being held at 4 p.m. that afternoon. Attendees to previous investitures have consistently come away from the cathedral service thrilled to have been present and to hear the inspiring stories of the faithful parishioners amidst us.

Here's Frank's story, which was submitted to the Synod office along with our nomination papers - read it, and you'll see why this congregation thought Frank was an obvious choice to receive the Order. Congratulations, Frank!

A member of St. Catherine’s Capilano since 1960, Frank has been a stalwart contributor to the life of the parish family.

He served on the parish council and in 1991 was appointed Rector’s Warden. In 1993 he chaired the committee that selected a new incumbent.

He is a licensed lay reader and Eucharistic administrant and was a recently active member of St. Catherine’s Pastoral Care committee for three years.

St. Catherine’s has greatly benefitted from Frank’s woodworking skill. Evidence of that are two beautiful oak lecterns, a small cross, a tray to hold votive candles and an oak funeral urn. He even carved our “St. Catherine’s Anglican Church” sign that announces our presence to the passers-by on the sidewalk.

For nine years, beginning in 1999, he was responsible for the maintenance of the church buildings and grounds. It was during that time that a new church roof was installed and the memorial garden was enlarged. His contributions have been invaluable to the life of St. Catherine’s, Capilano.

Frank was born into a zinc mining family in Trail, BC, in 1928. He left Trail in the post-war years to attend UBC for mining engineering, living in the army huts on campus. After working for five years in northern BC and Saskatchewan, Frank assumed a post with Wright Engineers, a company that designed mineral processing plants. He spent the rest of his career there, eventually becoming vice-president before retiring in 1995.

Frank and his Ontario-born wife Maryanna, an RN who came to UBC to earn a further nursing degree, raised three daughters, who have had interesting careers ranging from ski coach to dietician to university professor in the health sciences. Frank and Maryanna built their home in the Capilano Highlands in 1967, and over their many years in the neighbourhood became increasingly involved in the community and St. Catherine’s Church. Frank’s contributions were to many organizations, including Boy Scouts and local ski clubs, and in 1991 he was a recipient of the North Vancouver Centennial Distinguished Citizen Award.

Frank and Maryanna enjoy their cottage at Christina Lake, where four generations of family have come together to enjoy each other’s company.