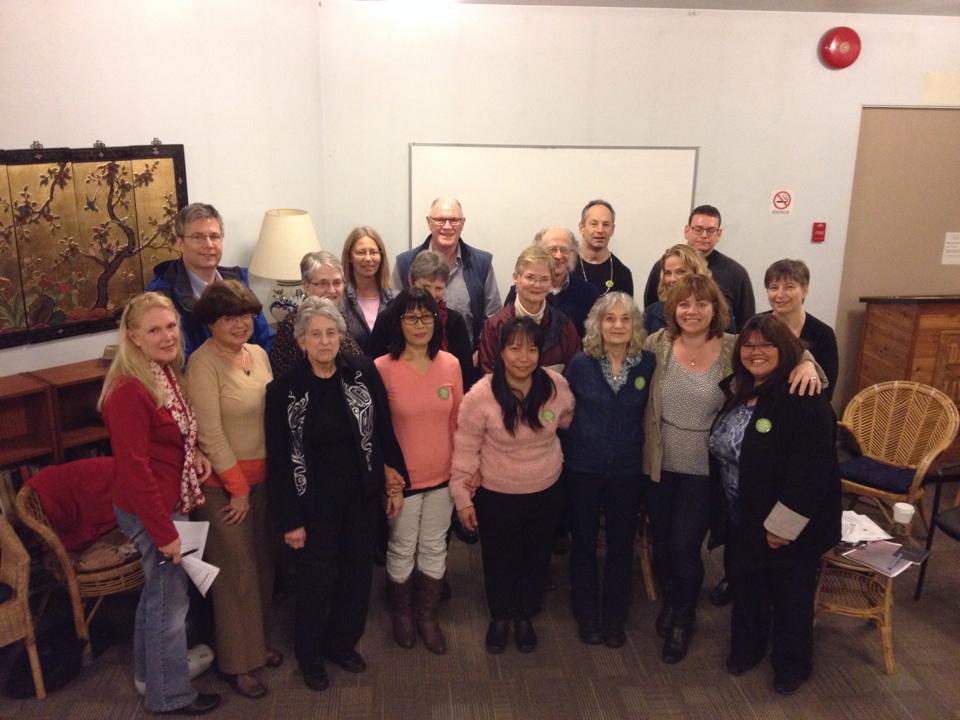 In this busy world, it’s easy for our eyes to skip quickly over the headlines of the day before putting the newspaper down and moving on to the next task. But what if the task to which we are truly being called is actually present in one of those quickly forgotten stories right in front of us?

That’s what representatives of the North Shore Justice Working Group wanted to find out when we gathered at St. Stephen’s Anglican Church in West Vancouver on February 5 to meet with a number of employees from the Inglewood Care Centre. While we had read about this facility’s workplace issues in the North Shore News, we wanted to hear directly from the people affected.

The North Shore Justice Working Group is composed of people from a variety of faith communities on the North Shore. In attendance that night were representatives from local Anglican and Lutheran churches (including St. Catherine's and Gloria Dei), with four Anglican clergy people and regrets sent by four more. Also at the meeting were two Inglewood care aides, accompanied by a representative from the Hospital Employees Union (HEU) and a former health care worker familiar with the situation.

While the employees have been organized by the HEU for over a year, attempts at reaching a contract agreement with their employer, Care Corp., have been unsuccessful. Recently the employees learned that Care Corp. has terminated its contract with Unicare, the private owners of Inglewood Care Centre. All employees will lose their positions as of May 31, and may or may not be rehired.

Originally, these workers were covered by a province-wide standard agreement that ensured wages and benefits were in line with people similarly employed in a hospital setting. The passage of Bill 29, legislation allowing contracting out in long-term care homes, changed that. Over the past decade, following the initial contracting out of the entire workforce, Unicare has flipped the contract for some or all of the staff up to four additional times*. Each “flip” results in layoffs, employment uncertainty, and often cuts to wages or benefits. As just one example, the employees told us they no longer receive pensions or sick pay. As a result, many must come to work when they are sick as they cannot afford to lose wages by staying at home.

The Inglewood employees were very grateful that we had asked to meet with them to hear about their experiences. After they left, the North Shore Justice Working Group representatives, supported by Metro Vancouver Alliance (MVA) lead organizer Deborah Littman, stayed on to discuss the issues raised by this matter. (The North Shore Justice Working Group and a number of its member churches are members of the MVA, along with dozens of other faith, community and labour groups.)

As a first step, we are in the process of sending a letter to Unicare, owners of Inglewood Care Centre, asking for a meeting so we might learn the company’s thoughts about the situation. Our hope is for a productive dialogue that will help shed further light on this important matter.